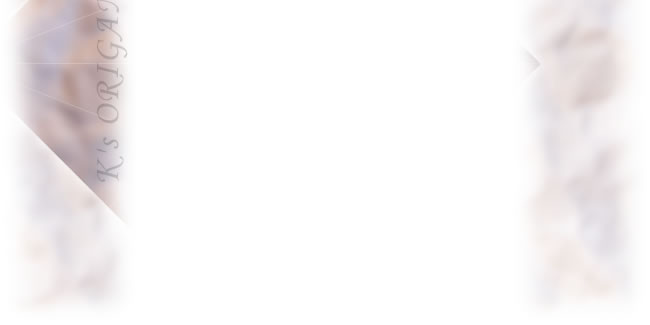 Origami is an art of paperfolding. You can fold sheets of paper into ships, animals, or flowers. It's a lot of fun, especially for children. I think, however, origami is more than model-making. In my opinion, origami is bringing out, through folding, the nature of paper which the pieces of paper concealed before folded.

You can make many complex models, such as a six-legged and four-winged beetle, with a sheet of square paper. But remember all the shapes are prepared in it. No one can elicit what the piece of paper doesn't embrace. Origami resembles the theater in this respect. Scriptwriters in the theater are equivalent to designers in origami, actors to sheets of paper, and directors to folders. While you make the paper into the shape you want, you should consider into what shape the paper wants to be.